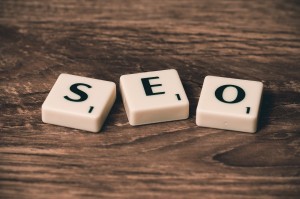 We’ve written a number of posts to help demystify some misconceptions and confusion about online search, search engine optimization (SEO), and Google’s never-ending algorithm changes. It’s no easy feat to keep up with Google changing its algorithms 500-600 times a year. With all those changes, SEO today “ain’t” what it used to be!

SEO is growing, changing, and evolving into something different than even a few years (or just a few months) ago. To understand what’s happening, we have to look at the progression of search and adapt to the new ways to optimize search…while not losing sight of creating valuable content. Easier said than done, I think!

Ah, it was a simpler time

In the past, SEO rules and considerations were broken into three categories:

No doubt, search engine optimization was a fairly technical process (not suited for the minds of mortals like us). In those earlier days, the then-simpler algorithms generated ranking and provided tactics to generate website traffic. To improve ranking in the “old days” (a few short years ago), all we had to do was jam-pack content with keywords and excessive linking.

The times they are a-changin’

For a new perspective on SEO ranking, I cite the prophetic lyrics from a 50-year-old Bob Dylan song:

Today, there are 7 specific factors that have driven dramatic SEO changes:

Are you up on the new SEO?
In the ever-changing world of SEO, 10 years is like an eternity. Many businesses have adapted to the changes, but they’re happening so fast that it’s hard to keep up. Your prospects and customers are pulling out their mobile and going to an app for Yelp to choose a restaurant and to Uber for a ride. So, it’s critical to keep up with SEO and know how people are finding you,  if you want to build your business.

Don’t worry, though! We know the ins and outs of today’s evolving search landscape. Talk to the SEO experts at Solamar.