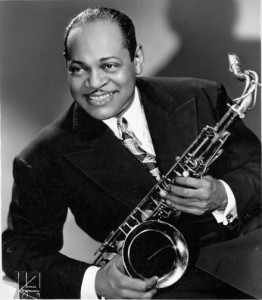 If you have an existing WordPress site, you won’t see these new items automatically, you’ll need to upgrade your WordPress installation to 4.5 in order to see them. However, you shouldn’t update your install without backing up your entire site first and then double-checking everything is still working afterwards. If that isn’t something you are comfortable with, DON’T update. Instead, get a team with WordPress experience, like Solamar, to do it for you.

That said, we still want you to know what the new hotness is, so you’re up-to-date on what WordPress is capable of. So without further ado, here’s the good stuff that was added in WordPress 4.5 “Coleman”, named for jazz sax player Coleman Hawkins.

Two of the new updates in WordPress 4.5 add functionality to the customizer, which allows you to make changes to your site while viewing a live preview of it. It is now possible to add and change your site’s logo directly from the customizer. Once there, click “Site Identity” and you’ll be able to upload a new logo image and even crop it to the size you want.

Another new feature added to the customizer is the ability to display your site responsively, allowing you to see it as it would appear on tablet and mobile, as well as desktop. The new views are accessed via small icons in the lower right of the customizer sidebar.

Link It Up Inline

Adding links to WordPress just got a little bit easier! You no longer need to go all the way up to the toolbar to click the link button, now you can just highlight the text in your copy and hit a keyboard shortcut, and a new interface will open up inline where you can paste your link, or even search for existing content on your site to link to.

A previous WordPress update added the ability to use markdown to format your copy in the visual editor as you write. For instance, adding ## before your text would convert it into a second level header (h2). In WordPress 4.5, a few more shortcuts have been added, including — for a horizontal rule and `..` to make the following text a code block.

WordPress 4.5 made adjustments to the way it handles image compression, making images up to 50% smaller without causing much of a noticeable impact to their quality. Fantastic! These generated images are served to mobile visitors so that their browsing experience isn’t slowed down by loading large images, so getting them even smaller without making them look bad is super-great!

That’s it for the big changes in Coleman, but there are tons of smaller fixes and additions included in this release as well, including better implementation of the embed templates that govern how your site appears when linked to on social media, refinements to the comment moderation screen, an enhanced script loader with the ability to add javascript inline and more!

Want to take advantage of all the new stuff WordPress 4.5 has to offer? Contact the web team at Solamar and we’ll make sure your update goes as smoothly as possible.