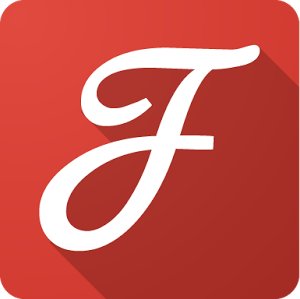 It’s well known that Google is a company constantly in flux. Whether they’re updating their algorithm, rolling out new features or whole new sections of their service, or buying up smaller companies left and right, staying still has never been in the Google playbook.

Lately, they’ve really stepped up the pace of change, and so we’re going to take some time to check and see what the latest is all about, and whether it really is the greatest.

So stay tuned, and we’ll give you the skinny.

One of the oldest bugbears of web design was it’s long-time reliance on “web-safe” fonts, i.e. fonts that all browsers could be certain to have access to. It was a very short list, consisting mainly of fonts that were installed by default on both Windows and Mac operating systems.

That all began to change a few years ago as browsers and the code we use to control them adopted technologies that allowed the use of a much wider variety of fonts. But those fonts were expensive and often had to be licensed instead of purchased outright, so adoption of new fonts into web-design was pretty slow. Then, in 2010, Google Fonts launched, making a wide array of attractive fonts available for free to anyone who cared to use them.

Thanks to Google Fonts, the use of non-standard fonts boomed, and now we’re all used to seeing the beauty of typography fully realized on our screens. Hooray! Over the years, Google has added a ton of new fonts to the collection as well. As it grew, and so too did our use of it, the original interface began strain to deliver a smooth and useful experience.

To address this, Google has just completely redesigned Google Fonts, with an eye on making it easier to browse, more visually appealing and more useful. New features include better filtering, a grid-based layout, more interactive elements and info on typeface designers.

Lot’s of folks use Google Fonts on a daily basis, not just us designers, so this new update should make many people very happy.

You may already be familiar with rich snippets, the results in Google search listings that come with lots of tasty extra data attached. Well, based on their success, Google is rolling out another new addition to the search listings, the rich card. Whereas rich snippets displayed their extra data below the listing title, rich cards will be displayed in a carousel above the listings, which can then be scrolled left and right by the user.

Google is slowly rolling out this feature, so don’t expect to see it everywhere right away, but if your business might benefit from being included in a rich snippet, this might be a good time to make sure your site has the right meta-data in place to allow Google to take advantage of it when considering your site for inclusion in a rich card.

It’s All About Length

Nothing on the Side

The change to title and description length I just mentioned was partially made possible by Google’s decision a few months ago to remove the sidebar ads that for so long appeared next to search listings, which freed up a little space for those listings to get longer. To replace them, they’ve added four paid listings that appear directly above the organic results. Though it hasn’t happened yet, many think this is the precursor to Google making the listings extend the full length of the page. Only time will tell, for inscrutable is the Google hive-mind!

And that’s it for now! If you want to make sure your site is working with all of Google’s new bells and whistles, give the team at Solamar a shout.