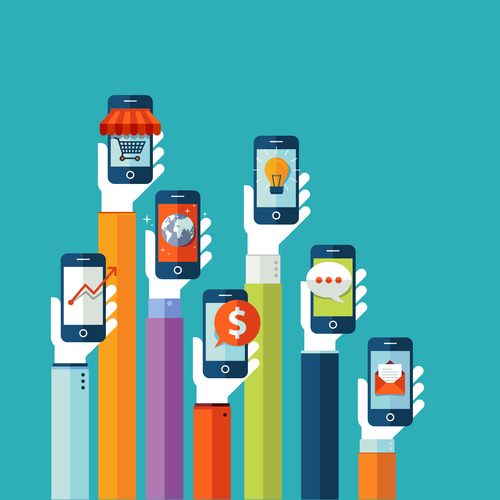 Mobile apps. They’re taking over the world, one digital device at a time. They’re like the popular guest at the party, everybody wants to hang with them, get in on the good times. But then they often realize their new friend has expensive tastes, and isn’t really interested in the same things as they are.

So when do you need an app? Enlightenment follows!

Wait, Which is What Now?

Before we can decide what you need, we need to know what we’re talking about. Since both mobile apps and mobile sites are accessed via your phone, there can be some confusion as to which is which.

A mobile website is access via the mobile browser, and is only accessible over an internet connection. These days, they are typically the same site as viewed on a desktop, optimized for display on smaller screens, though occasionally you see sites that are seperately designed from the desktop experience. As such, they are generally capable of delivering any experience that a desktop website can deliver.

A mobile app (sometimes known as a native app) is downloaded from an app store and installed the device of the user. These apps are accessed directly instead of through the browser and can either access content via the internet or download for local offline access. Apps are capable of delivering any experience the device is capable of, which in the era of modern smart devices means pretty much anything.

The Case for Mobile Sites

In general, unless you specifically need something that an app can offer you and a site can’t, than you want a site. Here’s a few reasons why:

The Case for Mobile Apps

So, if all that is true, then why would I ever want a mobile app! Weeeell, here’s a few reasons why:

Ok! That should have helped you narrow down you choice a little more. If you’ve landed on the mobile site side of things, you know who makes some really killer mobile sites? We do! So give the web folks at Solamar a shout if you’d like some tasty mobile site action in your life.