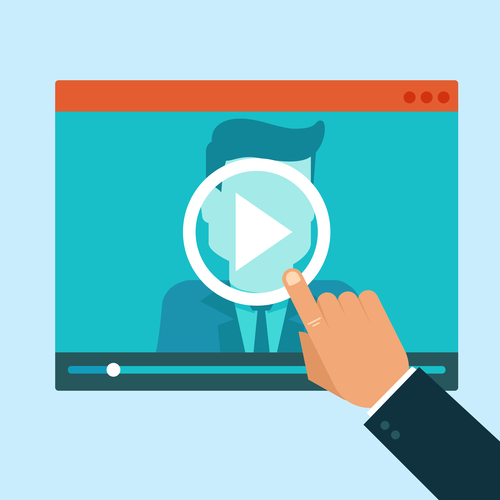 If you think online video marketing for business, specifically through video hosting sites YouTube and Vimeo, is not a major force these days, think again. “If content marketing were a high school, video would be sitting at the cool kids’ table,” according to Brafton.

If you want to be one of the “cool kids,” online video is where your business should be in 2017. Data from Wyzowl’s The State of Video Marketing 2017 report showed a majority of businesses are now using video as a marketing tool. Ninety-nine percent of this group will continue to use video throughout 2017. And 82 percent will spend more on video during the year.

Another source cites that, “YouTube has massive traffic and viewers, with over 1,325,000,000 people using YouTube. There are currently 300 hours of video uploaded to YouTube every minute of every day—5 hours of video content every second…More than half of all web traffic after 5PM is ALREADY video traffic—YouTube, Netflix, and other companies serving as prime video platform.”

While it has a much smaller niche audience than YouTube, Vimeo is also great for online video hosting, because your audience does not have to sit through pre-roll ads.

Whichever format you use for hosting in 2017, according to Forbes, “Live video will continue to grow.” Hopefully, you and your business are cashing in on this trend with video infiltrating your website, blogs, social media, and emails.

Why video is taking business by storm in 2017

“Clearly, video is a stronghold that will likely thrive and grow for some time yet,” according to Social Media Today. They predict the following trends:

The Rise of 360-Degree Videos—A recent case study revealed that the average percentage of people who viewed a 360-degree video was 28.81% higher than for the same video in a non 360-degree format and that twice the number of viewers watched the 360-degree video to completion.

Videos Watched on Multiple Devices—Think with Google reports that 85% of adults ages 18-49 use multiple devices at the same time. It also reports that two thirds of YouTube users watch YouTube on a second screen while watching TV. This tendency to watch videos across several devices (including TV) will probably increase. This means you shouldn’t rely on one video platform if you want to reach your audience effectively. Once  you post a video, distribute it on all social platforms your audience is likely to use.

The Growth of Live-Streaming—Considering that Facebook recently paid media companies $50 million to produce live videos on its platform, it’s clear that the popularity of live-streaming is growing. Are you ready to incorporate it into your marketing strategy? Give viewers a behind-the-scenes peek, take viewers to conferences, provide helpful daily/weekly tips

Video is a must-have

The future for business video is bright. Video content is a must-have part of your current and future content strategy.

Just give us a shout to help you with online video development, recording or streaming, hosting, editing, promoting, and measuring success. Solamar has the video marketing experts to help you cash in on this growing (and prospering!) technique.

One thought on “Cash-In on Video Marketing for Your Business”