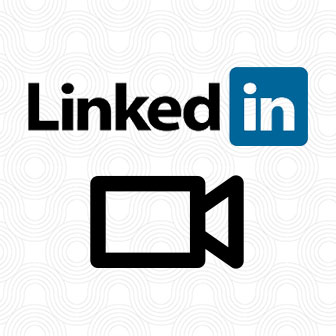 In August LinkedIn began rolling out a new native video service for it’s users, and if you haven’t been taking advantage of it, now is probably as good a time to start as any.

On top of that, native or not, video gives people a much better sense of who you are personally, which on a networked geared towards professionals and the workplace can be crucial in making the kinds of connections you want to make.

So let’s take a look at native LinkedIn video and how you can begin using it!

Mobile Only (Sort Of)

The ability to shoot new native videos is only available on mobile apps, so you’ll need to download the LinkedIn app on whatever device you intend to use, though you can still upload previously shot video from desktops. Once you have the app, open it up and tap the little video camera icon in the status update box. From there you can select either “create” if you want to shoot a new video there and then, or “upload” if you’d like to use a video you shot previously. Make sure you add a caption, since not everyone who sees your post will watch it with the sound on. If you’re uploading from desktop, the video button is still located in the status update box, though it’s a full-on button there and not just an icon.

You can also tag people in these videos, but as usual, be careful not to tag people who wouldn’t be very interested in the content you are providing. No one likes a spammer.

LinkedIn has a couple of requirements/guidlines for these vids, so make sure you follow them if you want everything to go smoothly:

Now that you’re all set for native video posting, how should you use it? You could post short bio videos that let people know more about you, what you’re up to and maybe some interesting things about you that people wouldn’t normally get to know in a workplace atmosphere. Businesses can show behind-the-scenes videos that display company culture. Whatever you post, be creative! Keep things short and snappy if you can, and always remember to have fun.

If you want to stay up on the latest in social media news, make sure you subscribe to our newsletter!