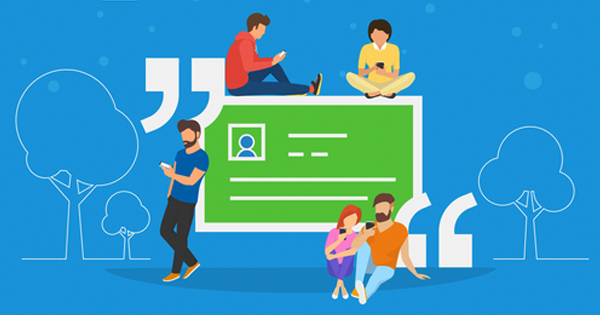 You’ve a blog, I’ve a blog, everybody has a blog. But not everybody has a healthy community of commenters contributing to their blog. In fact, getting people to comment on the content you create is one of the hardest things in the web world to accomplish. If you’re a new blog, or haven’t reached a critical mass of readership yet, then this is understandable. But if you have a lot of people looking at your content and none of them have anything to say about it, then chances are your comment section needs some extra love to help draw those reticent readers out.

If that sounds like you, and you’d like to do something about it, then stay tuned and we’ll go through a bunch of things you can do to start the conversation moving.

Reply to Your Peeps

Don’t just soak in the comments people make on your site, respond! This seems like a no-brainer, but you’d be surprised how many people don’t do this. People reading your blog will be more excited to receive a response from you than other commenters, so by participating in the discussion yourself you can get people much more excited to be there than if you don’t.

Say No to CAPTCHA

If you’re getting a bunch of comment spam, then it’s possible you implemented a CAPTCHA to block it. But CAPTCHA’s are annoying, and they can definitely stop people who would normally make a comment from doing so.

Rather than use a CAPTCHA, you should turn on your blog’s comment moderation. This means you (or someone you trust) will have to approve each comment made on your blog, which can be a bunch of work. But you should still do it! Comment moderation will also solve your comment spam issue, while also providing a much more direct line to the people engaging with you.

You finally got someone to comment on your blog! But what now? By default, they have to manually come back and check to see if there has been a follow-up to what they said. That’s certainly not an optimal way to do things.

Instead, give them the option to subscribe to email notifications if anyone responds to them or comments on the same post. Automatically prompting people in this way can greatly improve the amount of comments you get.

Additionally, if you’ve turned on comment moderation as previously suggested, you can also notify people when their comment has been approved, so they can come check it out in all it’s glory. Once their, they might make a few more comments. This functionality requires the installation of a third-party plugin, it’s not part of WordPress by default.

By default, WordPress shows the oldest comment first, so that people can read through them in a linear way, but if you are starting to generate a good number of comments, then it can make things difficult by requiring readers to scroll all the way to the bottom to see the latest replies.

A better approach in this situation is to reverse things so that the newest comments appear at the top, letting people immediately dive in to the conversation at the most recent point.

Comments put a lot of load on your hosting setup, since every person who submits a comment causes your server to run an additional script. If people are commenting at the same time, this only compounds the issue, and can result in serious site slowdown, which in turn can discourage people from commenting.

If you’re on a cheap host with a large site, and notice that you’re not seeing the volume of comments you should, then you might want to look into moving your site to a better host to see if that clears things up.

Want to work with a team that knows how to get the conversation moving? Give us a shout!