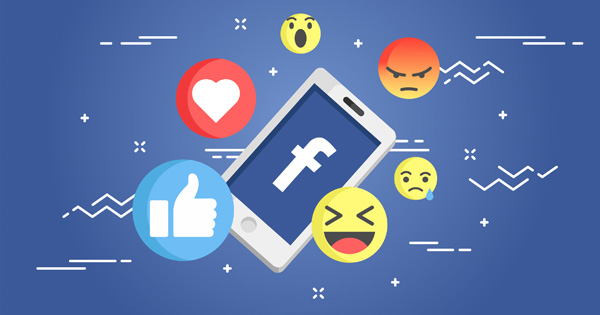 About a month ago, Mark Zuckerberg made a big splash with his announcement that Facebook would be making major changes to the algorithm governing what shows up in your news feed, with the goal being to “encourage meaningful interactions between people” but an unfortunate side effect that “you’ll see less public content like posts from businesses, brands, and media.”

Zuckerberg says that these changes are necessary because of Facebook’s “responsibility to make sure [their] services aren’t just fun to use, but also good for people’s well-being.” While that’s a noble sentiment, the imminent changes sent those of us in business and media scrambling to figure out what these changes are going to mean for us, and how we are going to adapt.

If you find yourself in a similar situation, stick around and we’ll walk through some of the things you can do to make sure that your time on Facebook is still, in the words of Zuckerberg, “time well spent.”

The real question is, what does meaningful mean? In this case, according to Zuckerberg, it means content that generates a ton of comments and reactions, and posts that don’t “could see the biggest decrease in distribution.”

What this means is that you should focus your content strategy on generating conversations. Ask questions, be provocative (without being transgressive). Write about timely issues and topics (your favorite “stay woke” joke here). The more you can get people actually talking about something, the better.

Just because you want to prompt as much discussion as you can doesn’t mean you should be pushy about it. Don’t inundate your following with requests for them to comment or try to directly incentivize commenting. For one, Facebook has publicly stated those types of posts will be demoted, but additionally those types of posts are icky and annoying. Don’t be that guy.

Can You See Me Now?

There is one exception to the “Don’t Annoy” rule. Thankfully, your followers still have the option to always see content from a particular page if they set that page to “See First” in Facebook’s news feed preferences. The time has come to embrace letting your followers know about that option, and asking those who are truly interested to set you to “See First”. Still don’t try to spam people into doing so, but a gentle, once-in-a-while reminder that such a thing is possible is now a good idea.

What?! Never!! Weeeelllll…..I know the idea of increasing your Facebook Ad budget seems onerous, but the fact is that organic engagement has been dropping for a long time now, and as these algorithm changes speed up that trend, one of the surefire ways to ensure that you are getting eyeballs on your content is to pay Facebook to put it there. Period.

Haven’t jumped on the Facebook Live bandwagon yet? The time is now. Zuckerberg specifically mentioned that Facebook Live videos “on average get six times as many interactions as regular videos”. It’s about as guaranteed an engagement generator as you can get.

Want to make sure you’re working with a team that stays in-the-now on social media issues? Give the Solamar crew a shout!