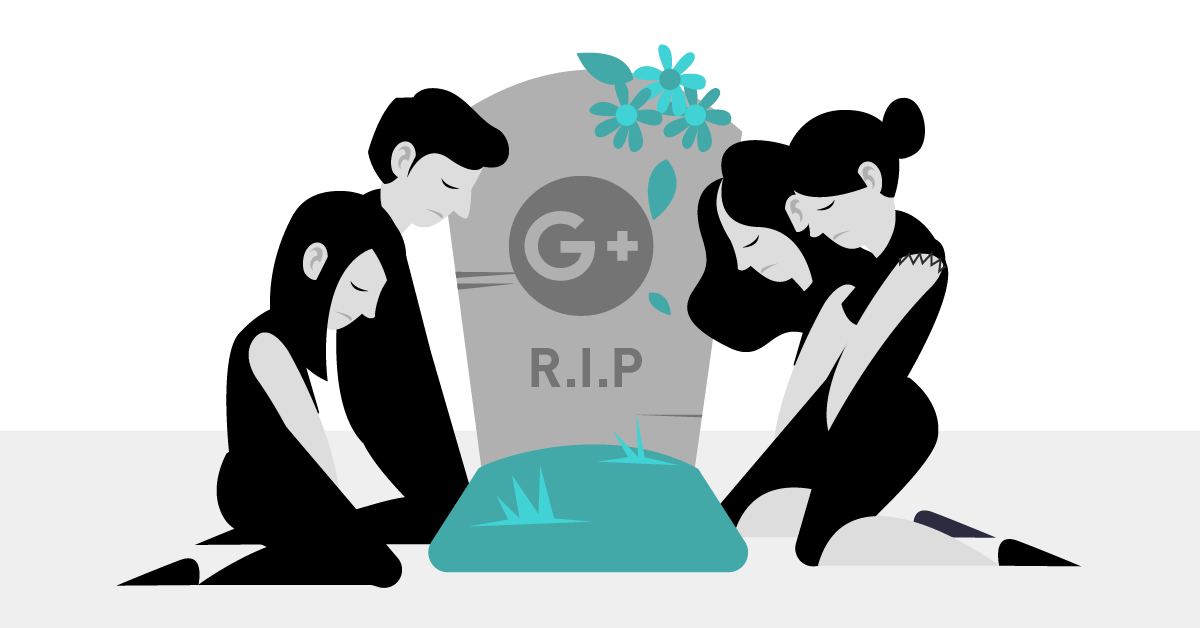 Google+ (Google Plus) is officially dead. It died on April 2, 2019, three months earlier than its originally scheduled shutdown. You deserve to know why this epic failure happened, how it affects you and your business, and what actions you should take that might protect your Google+ data.

Definitely not too big to fail

Having started just 8 years ago, this ambitious social media network “…had 500 million active users at one point.” For the first few years, a lot of people enjoyed using Google+. It was unique, playful and fun. Perhaps you had a good time using Google+ in the halcyon days of those early years. With a vast array of hashtag and formatting option features, lots of active users, and many integrations with other Google services, how could it fail? Unfortunately, fail it did.

But, it wasn’t one problem that slayed this once mighty dragon. Its ill-fated demise took years of bad decisions, unfortunate luck, and unexpected circumstances.

At first, it was a great place to talk to people interested in the same stuff as you. But, it never built up a following of people outside a few special interest groups, mostly tech related. It never had any real mainstream appeal. And its popularity ended when its main product executive, who was supportive, enthusiastic and forward-thinking, left Google.

Over the next few years, from 2014 to 2016, Google spent less on Google+ and put it on a back burner. Among other disastrous decisions, Google+ removed hashtags from posts, they killed the friend circle feature, and they cut out Google Photos and YouTube integrations. The final nails in the coffin were very low Google+ usage along with several massive Google+ data exposures due to security lapses.

It’s no wonder that a few months ago, Google+ sign-in buttons stopped working and earlier this month they announced that all Google+ accounts and pages will be shut down and Google will begin deleting content from consumer Google+ accounts.

Google is providing plenty of ways for you and your small business to deal with the shutdown of Google+, whether or not you use it to communicate with your customers. Act quickly before it’s too late!

While the end of Google+ is sad, especially for the small group of users who still use it on a day-to-day basis, there’s no way around the simple fact that Google+ is coming to a close. It’s time to start backing up your data and moving on. (However, keep in mind that Google+ for G Suite users isn’t going anywhere and that your gmail account will in no way be affected.)

There are several things that you may want to select if you’re interested in preserving your Google+ data.

Google may also be shutting down Hangouts in the near future (targeted for October 2019), so as long as you’re downloading, you may want to download the following data info as well:

Where should you go instead of Google+?

If you’re still using Google+ and you’re looking for somewhere else to go, especially if you’ve created a community of people you want to keep in touch with, sites like PlexodusWiki offer advice on how to do this and other social networks to consider.

Meanwhile, the most important task is to make sure that all of your conversations, photos, and other data that is currently sitting in your Google+ account is backed up, downloaded, and safe.

It’s unfortunate to lose out on the many different communities that your business has created on Google+, but the good news is that you have plenty of time to migrate your customers and followers elsewhere and build up your other social media platforms including:

Since many of your Google+ customers are on one or more of these popular social media outlets, you could send emails to your Google+ customers and tell them to about your switchover to these. Be sure to mention the Google+ demise on these platforms, as well. Also, include logos for any or all of these from your website home page and be sure to remove any mentions of Google+ on your site.

All the data you have on Google+ will be disappearing over the next months. If you want to download anything and save it, you should take care of it quickly before your data is lost forever and Google+ becomes the proverbial social media ghost town.

Google+ is dead. R.I.P., Google+. But if you act now, at least your data won’t be gone and forgotten.