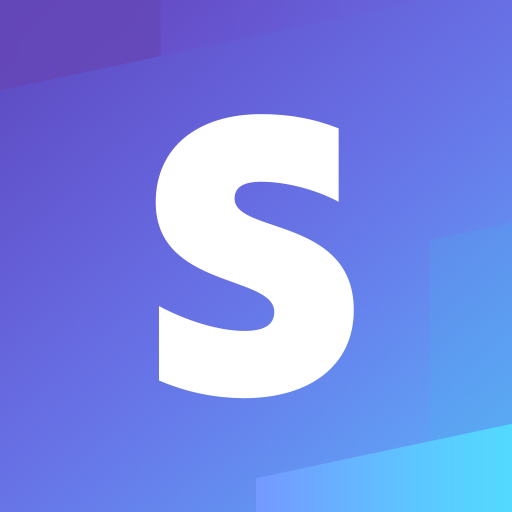 Solamar had been using the same clunky system to handle our payment processing for a loooooooong time now, which involved an imperfect marriage between powerpay.biz and auth.net. It was the system we set up at the very beginning, back when we first launched this ol’ ship called Solamar, and since it worked and we were grandfathered into plans that had no limits there wasn’t a very compelling reason to switch…at least for a while.

We’d been hearing a LOT of things about Stripe, a powerful, feature-rich yet easy-to-use payment processor that has been making a lot of waves in the media lately. The more we looked at the modern environment and functionality they were offering, especially compared to what we were already using, making the switch seemed more and more attractive.

We finally decided to take the plunge when we realized that if we switched to Stripe, we could consolidate our payment services from two down to one, since Stripe handles all of the things we used to use both powerpay.biz and auth.net for. It saves us all the time we used to have to spend balancing those two systems, and that was an offer too good to pass up.

Still a little worried, we signed up for Stripe but left our accounts at the legacy services open, just in case. In the proceeding months, we discovered that Stripe is, in the words of our Founder and CEO Chelsea Berler, “A-FREAKIN-MAZING!” It’s user-interface is super friendly, and yet it can handle almost anything we throw at it. So last month, we closed our powerpay.biz and auth.net accounts completely, and exclusively use Stripe.

Stick around, and I’ll give you some details on Stripe and what it can do. END_OF_DOCUMENT_TOKEN_TO_BE_REPLACED 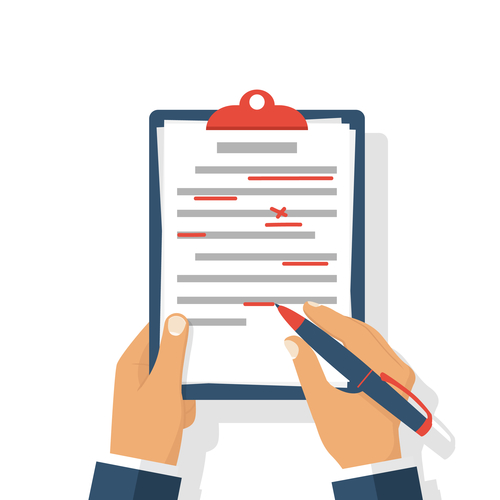 Whether you’re taking a new website live or just posting your latest blog post, chances are you’re under a deadline and in a hurry to get across the finish-line. You’re excited to show off your latest creation, and ready to move on to the next thing in your queue, so you finish up, give it all a quick glance, and then take it live!

High-fives all around! Everybody loves what you’ve done and they…wait a minute. Is that a typo? And why is that section completely broken?! Oh, no!! You’ve pushed the go button too soon, and your work is riddled with errors.

Alright, it’s usually not as dire as I’m making it out to be, but rushing to get your work out the door is often the root cause of it not being 100% free of mistakes. The good news is, you can solve this problem yourself by building a period of testing/proofing into your workflow. Stay tuned, and we’ll go through a few tips for hunting those pesky bugs. END_OF_DOCUMENT_TOKEN_TO_BE_REPLACED 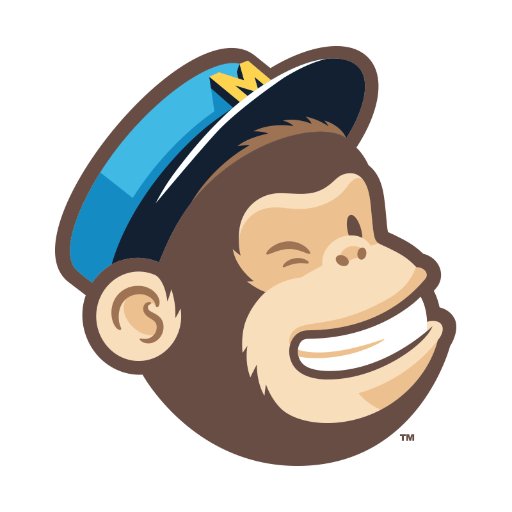 Here at Solamar, we just finished a big switch from Infusionsoft to Mailchimp for all of our online forms / email management. While Infusionsoft is great, we just didn’t need that powerful of a system for what we were trying to accomplish with it, and Mailchimp is our total fave if you don’t need all of the power that Infusionsoft offers.

As we were thinking through the migration and how best to approach it, one issue came up — Mailchimp requires a double-optin for list sign-ups.

What this means is that when someone fills out a form on our site, they don’t automatically get entered into the list on Mailchimp. First, they get sent a confirmation email asking them if they reeeaaaalllly wanted to sign up. Only once they click the button in that email are they finally added to the list and taken to any thank-you pages.

At first, we were like, “Heck, no!” The last thing we wanted to do was add more complexity to the process for our visitors, and were afraid of losing people if the confirmation ended up in a spam folder (which sometimes happens). We wanted signing up to be as simple and painless as possible. What if they missed the confirmation email, or got annoyed at having to take another step and didn’t continue? END_OF_DOCUMENT_TOKEN_TO_BE_REPLACED 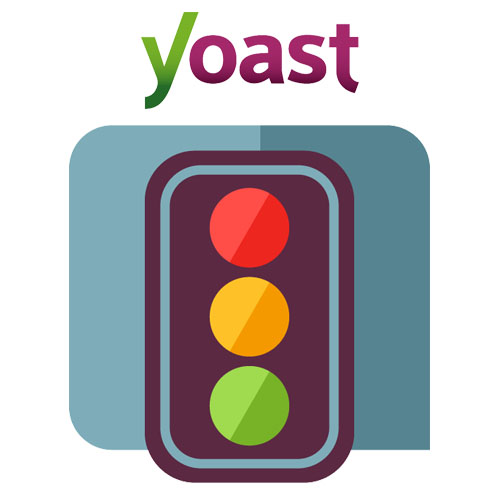 One of the reasons we love WordPress so much is the vast number of plugins it has available to extend the built-in functionality. But since there are over 40,000 plugins available in the repository, we thought it would be fun to help you sort through the pile by recommending a few of our favorites. These will be plugins we use all the time, have thoroughly tested and highly suggest using if you are looking for what they offer.

One of the great things about WordPress is that it’s already optimized for Search Engine Optimization (SEO), so just by installing it, you’ve taken a major step towards lifting your place in the rankings. But that doesn’t mean you can’t do a lot more than what it provides by default. To that end, we used to use a plugin called the All-in-One SEO Pack, but a little less than a year ago we made a switch to a new SEO plugin called Yoast SEO.

With a year of testing under our belt, we can now safely recommend it to you! And for good reason. While All-in-One SEO Pack was no slouch, Yoast SEO goes that extra step further in functionality and ease-of-use, making it a no-brainer for our go-to SEO plugin.

So why choose Yoast SEO? Stay tuned, and we’ll look at some details. END_OF_DOCUMENT_TOKEN_TO_BE_REPLACED 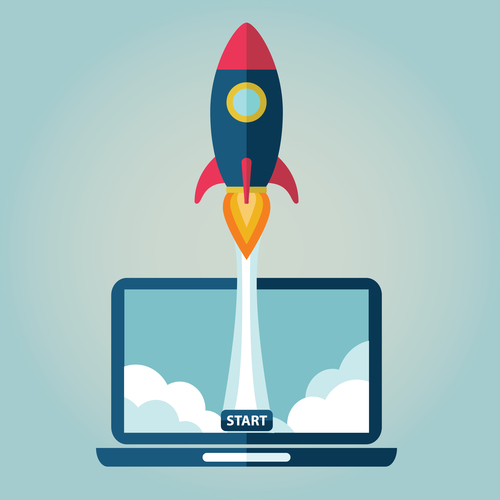 If you’re like many clients who come to us, you’ve got a great idea for a program, course or product and you want to launch it online. You’ve seen many other entrepreneurs launch their thing, you’ve heard countless success stories, and launching looks like your ticket to finally making big bucks online without trading hours for dollars around the clock.

There’s a lot going on behind the scenes, so I’m going to pull back the curtain a bit to provide some helpful insights for planning your first online launch. END_OF_DOCUMENT_TOKEN_TO_BE_REPLACED

Online marketing lead generation is the process of attracting people who were strangers to your website and converting them into warmer prospects.

A lead is a prospective customer who has indicated interest in what your business offers by providing you with their contact information. They’ve let you know that they’re receptive to learning more and that they may be looking to hire you or buy from you.

The term conversion rate refers to the percentage of people who visit your website that take a desired action. While your ultimate goal is to gain more customers, most customers will not buy the first time they land on your site. So your initial goal should be to generate leads that you can nurture and build relationships that lead to sales.

Here are 8 ways to boost your lead conversion rate: END_OF_DOCUMENT_TOKEN_TO_BE_REPLACED 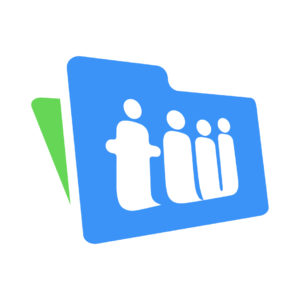 For many, many years now, Solamar has relied on the project management service Basecamp to manage our team and all of our projects, but recently we’ve begun to run up against the limitations of Basecamp’s offerings.

This is partially because the version of Basecamp we use (Basecamp Classic) is no longer the focus of the company who created it (formerly called 37Signals, now called just Basecamp). They’ve moved on to newer versions of the Basecamp project management system, and while they maintain Basecamp Classic, most of their energy is on development of their new systems.

However, their new systems weren’t really a good fit for us and so we soldiered on with Basecamp Classic. We’ve spent almost a year searching for a new project management system that would serve us well, both now and into the future.

Today, I am happy to announce that our winner is Teamwork Projects, and I’d like to spend a little time talking about it, and why we chose it. END_OF_DOCUMENT_TOKEN_TO_BE_REPLACED