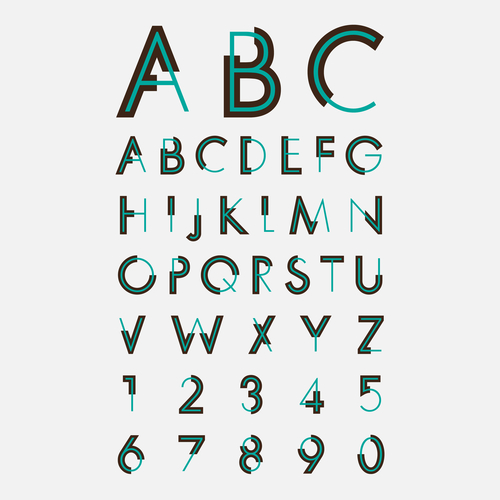 When I’m out walking about, I like to play a little game with myself called “Spot the Font”. Instead of ignoring the mass of advertising that constantly surrounds us all, I start checking the ads for fonts I recognize. Invariably, I catch a few I can recognize and name within a minute or so.

Why is this? With so, so, so many fonts out there in the world, there should be a much larger variety of typography on display for us.

While some of this is due to current trends in font popularity, the lack in font diversity is largely due to one thing — fonts are expensive! Taking a look at the best-sellers list at MyFonts, you can see that buying a single weight and style of a font can run you $25-$50 bucks, with some as high as $80-$100. And that’s not even considering buying the multiple weights and styles from a font family that would be needed for a web design project. For that, you might be looking at hundreds of dollars.

The alternative to spending this much is to sign up for a typography service (such as Adobe’s TypeKit) which charge a monthly fee and give you access to a large pool of fonts. But this is not a very attractive option, because it ropes you into a long-term payment agreement, and if anything were to happen with the service you choose, then you would lose your fonts, since you are only licensing them from the service, and don’t own them outright.

Spending huge gobs of cash on a font or signing up for a service are both pretty hard sells to a client for one small element of a design, so most people avoid paid fonts all together. This is why, when you start looking at designs out in the wild, you see so many of the same fonts used over and over again! Designers are pulling from a much smaller pool of free fonts with licenses that allow them to be used in commercial projects.

But! Even with this smaller sample-size to choose from, there are still a ton more options out there than get regularly used. So, in the name of diversity, I have curated a list of the best places to find free fonts. Next time you need to choose a font, take a gander at some of these and see if something new, fresh and underused might serve your purpose. END_OF_DOCUMENT_TOKEN_TO_BE_REPLACED 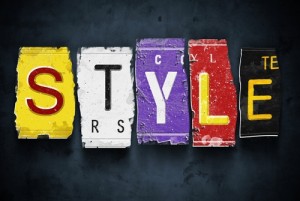 A brand style guide is like the blueprint for your visual identity and website design. It includes all of your chosen design elements, serves as a set of design standards, and provides a foundation for the overall look and feel of your online presence across platforms and printed marketing collateral.

Establishing a consistent and cohesive brand bolsters your company’s brand recognition, reputation, and trustworthiness; so creating and following a brand style guide to stay on track with cultivating your brand equity is worth the time and effort. END_OF_DOCUMENT_TOKEN_TO_BE_REPLACED 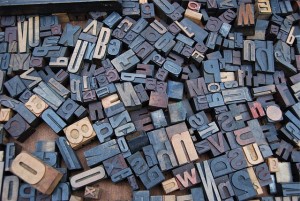 I keep hearing people saying that we’re currently living in another golden age of television, due to the high quantity of high-quality shows available to watch on-demand from almost any source you wish. If that is so, then we are also living in a golden age of typography.

That’s right! At no other time in human history has their been such a wealth of high-quality types to choose from. The advent of the digital revolution brought creation of new typefaces to the hands of the masses, and from their teeming creativity pours a steady stream of new letter-shapes to play with.

Whereas once the web was a bland uniformity of web-safe fonts, recent advances like Adobe’s Typekit, Google Fonts and the @font-face CSS declaration have opened up a host of delicious types to work with when designing websites. Truly beautiful layout is not only achievable, but the interactivity of the web means that our designs are pliant and responsive, capable of beauty in any medium.

Yet, when designing, while the types I choose are often one of the things I spend the most time deliberating on, they are also one of the things clients spend the least amount of time considering. I don’t get surprised when someone does revision after revision of their color-scheme or logo, but rare is the client who understands how much thought has been put into the choice of fonts used in their design.

It’s not their fault! We’ve just learned to take type for granted. It’s one of those things we notice when it’s done wrong, but glide over when it’s done right (unless it’s seriously stylized). So let’s talk a little bit about typography, and why it’s so vitally important to your design. END_OF_DOCUMENT_TOKEN_TO_BE_REPLACED 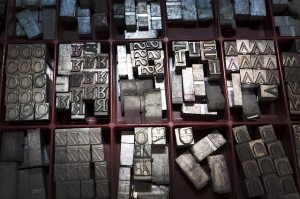 Fonts matter. They matter A LOT, in many different ways, and have done so for about as long as mankind has been writing words down on things. I’m not suggesting that the first Sumerian to scratch some lines in the clay then turned to his compatriot and said, “Look brother, I have created the first font! I’m calling it Scrawl.”

Indeed, the first usage of the word font arrives around the time we started printing things with machines, and though the derivation of the word isn’t known for sure, many believe that it relates to the “fount”, which was the term for the container used to hold the molten metal which letters were cast from. A complete set of these letters eventually became known as a “font”, and that tradition has continued on to today.

A modern-day font bears the same characteristics. It is a single set of characters with a defined style, which can then be re-arranged into the many permutations needed to form words, numbers and other characters.

But here’s the thing. The style of the writing, and the way it lays out on a page, cannot be divorced from the content of the writing and its meaning. You cannot achieve one without the other. This is the fundamental reason why fonts matter. The simple act of writing a word is also the simple act of choosing how to write it. And, in a way, this means that fonts have been with us much longer than the brief period since mankind invented the printing press. It means that they have been with us since we scratched that first scrawl in the mud, oh so many ages ago.

“Great,” you may be thinking, “a history lesson. Whoop-de-do. Why should modern-old-me care.” Well, I can best illustrate that by asking you to imagine if there were no fonts. If, for some inexplicable reason, we had collectively decided as a species to only write letters in one very rigidly defined way. Now, let’s imagine that the font we chose to use is Impact.

Here’s a paragraph written in Impact. By the time you get to the end of it, your eyes will be bleeding a little bit, and you will suddenly have a deeply rooted wish to destroy anything in your house with writing on it. Resist that urge, everything is going to be ok in…..3….2….1.

Disclaimer: if you don’t see a really horrible font above, you are lucky enough not to have Impact installed. To get the full impact (ha-ha) of how terrible it is, click here.

Stay with me, I know that was tough, but we’re not done imagining yet! Imagine your Impacted world, chock full of novels written in Impact, dietary information in tiny, illegible Impact, sappy romantic greeting cards in cold, harsh Impact. Impact here, Impact there, Impact, Impact everywhere. It would be awful.

Fonts allow us to express ourselves beyond the literal meaning of our text, and they allow us to make sure that the words we write are legible in the size and context in which they are used. And remember, since you cannot avoid choosing a font when you write a word, it is in your best interest to choose the best font for the job every time. From now on, I expect even your most hastily written refrigerator notes to have exquisite hand-written font choices!

Of course, I really don’t. But here in design world, the fonts we choose to work with are part of the lifeblood of our profession. It’s our job to make sure that your messaging comes across with exactly the right tone, socially, culturally, emotionally, and we wouldn’t be able to do that without fonts.

Want to make sure your next project has thoughtfully chosen typography designed to support your marketing? Give the font-freaks at Solamar a shout! 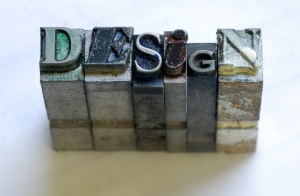 Back in the day (circa 2007), web designers only had a handful of fonts we could use on our sites, as we were limited to fonts available on all user’s computers. These were fonts like Arial, Georgia, and Verdana. If we wanted to use anything fancier, we had to put those fonts in an image.

Today, the sky is the limit. We can use web fonts and there are millions to choose from! Your favorite font is probably available as a web font. You just need to be sure to grab the correct license and format to use it on the web, and you’re golden.

Of course, just like in any type of design, we want to be careful to make smart choices about the fonts we use on our websites so our readers have the best experience possible. Here are 5 tips for awesome typography on your website: END_OF_DOCUMENT_TOKEN_TO_BE_REPLACED